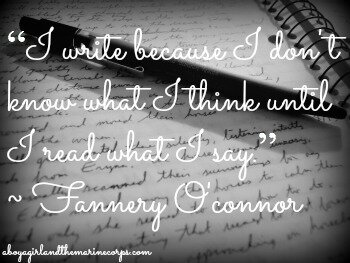 Open Mouth Insert Foot.  Right?  Well, not really.  I generally don’t regret the random crap that comes out of my mouth.  I consider it my good natured ability to insult you and be joking at the same time.  Or maybe it’s my charm and good looks… No, it must be the first thing.  Someone at work gave me a shocked look when I called a co-worker a Dumb Hooker.  That is both an insult and a term of endearment in my weird little, personal universe.  But what was hilarious was the reaction from everyone else.

Every person I worked with jumped in and defended my statement.  Was I joking?  Probably.  It’s really hard to say sometimes and I leave interpretation up to the person I have just said it to.  The way you take it will generally determine if we can be friends or not.  Kind of like a litmus test for friendship compatibility.  And I knew I loved my fellow co-worker/smartasses when one of them said, “I’d be more worried if she never insulted you.”  And other said, “That’s how I would know she were really mad at me or didn’t like me, if she wasn’t constantly flipping me sh**.”  That’s true friendship people.

But this willynilly way of speaking is also the way I write.  Sure I might have an idea for a post.  Like this one.  I thought, “Hmm.  I never know what I’m going to write until I actually type it.”  That is a very true statement.  I don’t even know what my next sentence will be when I am wrapping up the one I’m on.  But what I do have is an idea, but where that idea goes is anyone’s guess and yours will be as good as mine when it comes down to it.

I don’t have any idea what I’m writing on any given day.  I don’t even know if I’m going to get dressed and shower today, so it’s completely unrealistic for anyone to assume I know what I’m going to write about today.  Sometimes I start a post with my idea and think I’m going to go one way and discover that I went somewhere totally unexpected.  Those days are great because then I get two posts out of one idea.  But it still stands that I rarely ever know what I am going to say until I say it.  Well thought out ideas, plans and arguments are not really my thing.  I like to be just as surprised as everyone else by what I come up with.

A Girl is a 20 something, self proclaimed semi-professional blogger who began blogging in 2008 as a means of coping with a deployment. She is married to a 11 year veteran of the USMC reserves, whom she meet shortly after he returned from a deployment. They have been married for five years, have three, very bratty dogs, and are currently trying to muddle through the aftermath of a difficult deployment for both.

If I had A Million Dollars