Welcome to my series “How to NOT Suck at Blogging.”  I decided to start this after numerous requests for written tutorials from bloggers I have helped.  The title is meant to be a joke, but if you suck at blogging (like I did when I first started) I hope you are able to find some useful and helpful information in the series. If not, well, don’t say I never did nothing nice for ya! 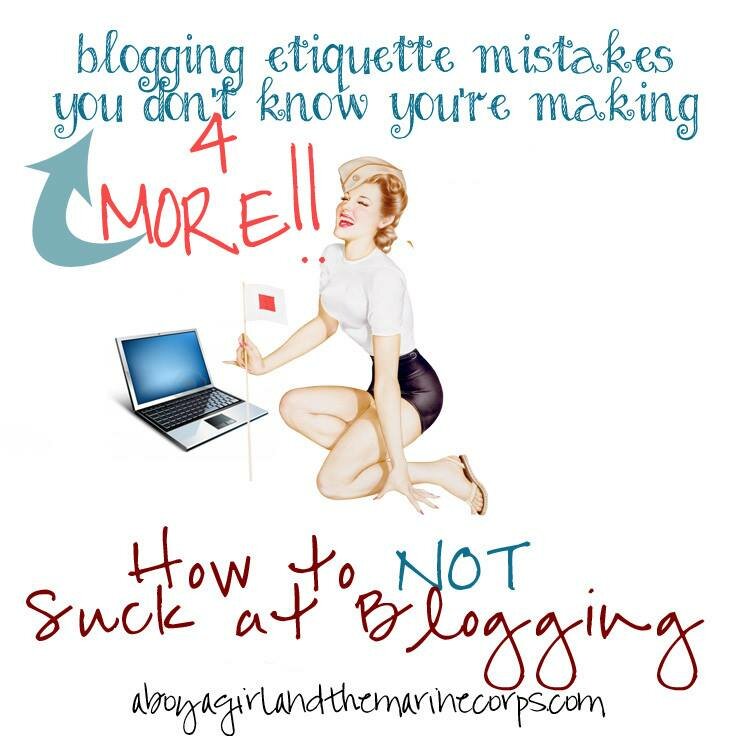 Last week I gave you a list of four blogging etiquette rules that you probably didn’t even know you were breaking.  This week, I have four more for you. These rules might seem simple or silly, but they are the most common rules I see getting broken by new bloggers who don’t know any better and seasoned bloggers who SHOULD know better.