I’m so grateful for Poekitten from Many Waters guest posting today.  Not only do her and I have a lot in common, I’ve come to consider her a friend and love her blog.  This post in particular was a beautiful one and I can’t thank her enough for sharing something so personal with me and my readers. 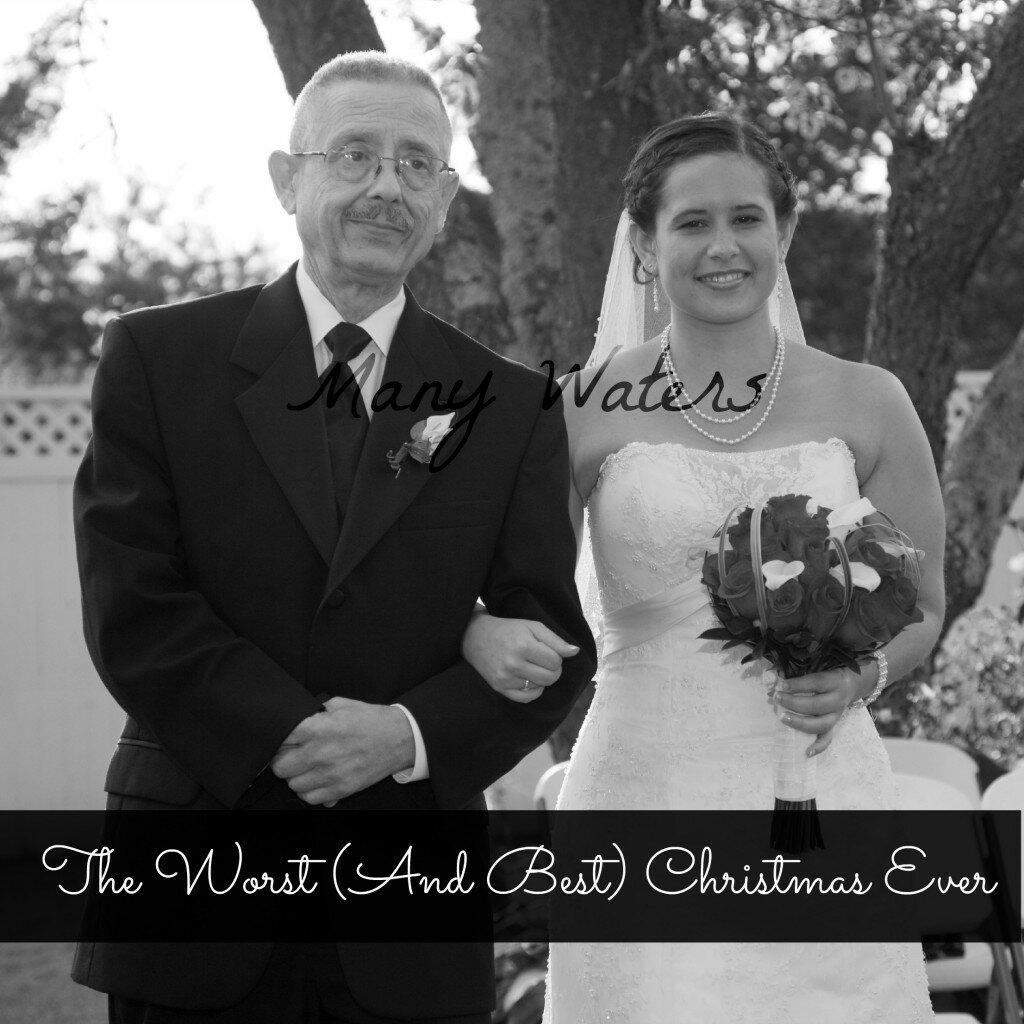 The worst Christmas ever was, in a sense, the best one ever.  I know, it doesn’t make sense.  Not really.  I was in 7th grade and my father had cancer.  It wasn’t his first go round with cancer and this time I was a little more aware of what was going on.  My parents did a good job shielding me from how bad it was but since my dad was in the hospital 40 minutes from where we lived and we visited him everyday, I had an idea.  No pre-teen wants to think about their parent dying.  So I let my parents shield me and did my best not to think about it.

On December 22 Dad had whipple surgery for his pancreatic cancer.  It was long and it was serious.  I found out months later that dad almost died during surgery.  In fact, did die but they were able to revive him.  I’m so thankful that I didn’t know that then but my mom did.  The rest of my family did.  They had to do it right before Christmas as there was a window of when it could be done and this was it.

That Christmas Eve was spent with dad at the hospital.  Mom & I spent the night at my grandparent’s house, who lived in the city, much closer to the hospital.   I don’t remember opening presents from my parents, but I might have opened a few at the hospital so dad could watch me.  He loved to watch mom & I open presents.  When my mom bought them, I have no idea as this was pre-internet. I think we opened presents with extended family at my grandparents house before heading to the hospital.  It did not go well and there was a HUGE family fight.  Stress over my dad was a large contributing factor, though this wasn’t the first holiday.

Fights don’t make for great holidays.  The fight, on top of the surgery, made it the worst Christmas ever. Are you wondering what made it great?  That surgery that my dad had extended his life.  He lived for 17 more years.  He got to be there for my teenage years, watch me graduate high school and college and was there to walk me down the aisle when I got married.  The gift of life given to my daddy that year brought us great joy.  He’d do it again, without a doubt, so we could have more time together.

My daddy died two years ago.  I miss him a lot.  I’m thankful I had 17 extra Christmases with him.  That’s what made this one the worst but at the same time,  the best one ever.