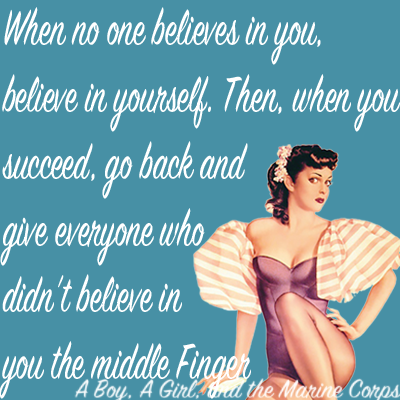 Two months ago I had a singular event that changed my life.  I woke up on a random Sunday morning unable to walk.  My joints were swollen, I was covered in some kind of weird lesions that looked like petechial bruising and no one could tell me why.  I went to the hospital and they were baffled.  So much, in fact, that they sent in eight doctors, a nursing student, and am EMT student to gawk at my weird disease.

After an expensive stay in the hospital while out of town, I headed home and began a journey to find an answer, a diagnosis, and hope that I would get better.

My Rheumatologist felt it could be a few things, all which were fairly rare conditions.  As blood test after blood test came back negative, we began to lose hope of ever having an answer.  I spent days in bed worried that we would never know.  That might seem silly, but if we don’t, we don’t know if it will come back, if it will ever get better, or if my pity party would ever end.

I began to improve as we treated the symptoms, but at a cost.  My face is perfectly round (they call it “moon face” and it’s a common side effect of Prednisone) and I now look like a really happy, female version of Buddha.  I put on thirty pounds and have had to start wearing my husbands clothes (also a common side effect, the weight gain, not the sudden urge to wear your husbands clothes), but I started being able to walk with a walker, and then a few feet without one.  We were so excited about the progress.  That is, until is stopped and then reversed.

Each time we attempted to lower my meds, I would flare back up.  You can’t be on Prednisone forever.  It’s not healthy, but I couldn’t get off it either.  Finally, a few days ago, we met with my doctors after another unsuccessful attempt to wean.  My joints were filled with fluid, I couldn’t walk, I was in constant pain, and I was given these words:

It’s a rare-ish form of arthritis which means all of my blood work says I’m a perfectly healthy young woman, but my body says I’m not.  It commonly affects males and is rarer in females.  It’s usually not bilateral (it doesn’t usually effect both legs or arms etc.) and is not usually polyarthritis (not usually more than one joint).  So, lucky me, because this is how my life works, I have a rare-ish form of arthritis and am one of the even more rare female, bilateral, polyarthritis cases.

If you ever needed proof that I’m am as special and amazing as I say I am, this is it people.

The funny thing is that my doctor gave me this news and all the crappy stuff that comes with it, all the uncertainty and all the “we just don’t always know how you will do,” and I just nodded my head and said OK.

She talked gently and spoke slowly and was very reassuring.  She was waiting for me to freak out.  She was waiting for me to cry or be in denial or something.  I’m not really sure.  I’m not sure what young, otherwise healthy people do with that news.  People who ran the Tough Mudder last year, who eat right, who are physically very athletic, non-smokers, and rare drinkers.

Me?  I shrugged my shoulders.  Why?  Because I can then come home and say things like, “My new med makes me nauseous and decreases my appetite. I might not be able to walk, but damn it, I’m gonna do it while being skinny and looking fabulous,” on my Facebook page.  Because what else am I going to do?

Snarky is not just how I deal with stupid people, it’s how I deal with life.  I mean really, how else am I supposed to take a diagnosis like that?  I can’t change it by being sad or angry, though I have sad an angry days.  I can’t do much of anything.  But what I can do is make rude comments, say ridiculous things and pretend that I really like the terrible drugs I’m on and the constant blood work (I don’t need all the pints of my blood anyway, right?).

We all cope differently with bad news.  Snarky people just happen to be better at it, because we are funnier.  And sort of amazing, as proved by my diagnosis.

8 thoughts on “Snarky Isn’t Just an Attitude, It’s a Way of Life”