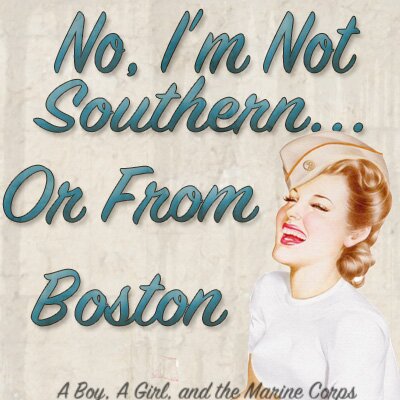 The reason I love this fact is that no one ever knows where I’m from.  I get asked on a regular basis if I’m from this place or that.  It’s rare that anyone guesses I’m from Washington, let alone Seattle.  Between my regular use of “y’all” and my love of the word catawampus, you’d be hard pressed to figure out where I grew up.

The truth is I have a strange and muddled accent of a woman whose family grew up in the country, but moved away before she was born.  My mother has a slow Montana drawl (and if you don’t believe they have one, get her and me into the heart of Bum F*** Nowhere, Montana and then tell me that our speech hasn’t changed).

I grew up saying a lot of phrases that are thought of as country or specifically Southern.  I say soda, instead of pop like the rest of Seattle does, I say things are wicked awesome, and when I’m tired, you might think I’m from Boston.

All this adds up to a non-region specific accent that I didn’t even realize I had until nearly high school.  I changed schools and suddenly everyone wanted to know where I was from… Funny thing was I was from just down the street.  I assume the kids I grew up with were just too used to it to notice.

And even now, well into my adult life, I am constantly asked, “Where exactly are you from???” by people with a beyond puzzled look on their face.  I once walked into a treatment room to triage a patient and the woman, who was very kind, said, “You know, I’m usually really good with accents, but yours has faded enough that I can’t quite place it.”  I laughed and said, “Well, ma’am, I’m from here,” and smiled.  I’m used to that reaction so I’m not usually offended by it.

So, while those of you who follow me on Facebook hear me drop the “y’all” bomb on the daily, you will also hear me say the phrase, “hella” in my personal life if you get the chance (that seems to be specific to the Seattle region).  I say that “she looks rode hard and put up wet,” I think things are “catawampus”, I have been known to exclaim, “Oofda” when things are heavy, I think things are “pretty wicked”, and “wicked awesome” might as well be the finest compliment I can pay.

I’m not a Southerner.  I’m not really country.  I’m just a girl who was raised by a mom with a slow Montana drawl, in the heart of a major US city.