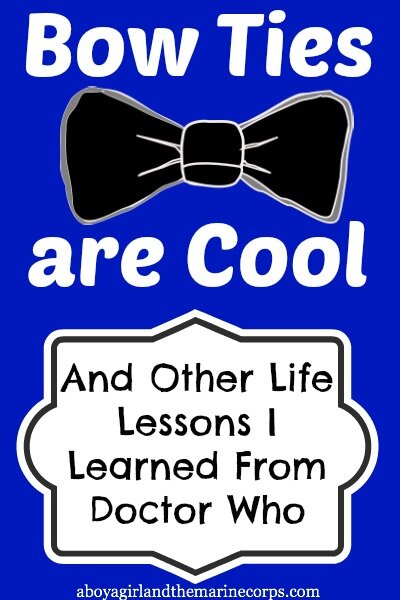 You may or may not be aware that I am a GIANT Whovian nerd.  So much so, in fact, that I know that Whovian is officially a real word, as of 2012 when it was added to the Oxford English Dictionary.  NERD ALERT!

I quote it constantly, watch it nearly 24 hours a day, every day of the month, and delight in all things Doctor Who.  I’m even planning to hit the museum in Cardiff when I take my next trip to the UK.  Because I’m a dork, and also, that is awesome.

The show is hilarious and fun and full of useful information and life lessons to help anyone (even you non-Whovian weirdos) through life.  So I give you sixteen life lessons from watching Doctor Who!

Stay tuned, there is a part two of this!  That will make 32 total life lessons!