You all may remember my Deployment Series in which a number of lovely ladies shared their deployment experiences and their tips to survive.  But deployments aren’t always all bad.  Sometimes there are some pretty funny things that happen and I’m happy to share with you a few stories that show the funny side of deployments.  If you have a funny deployment story you’d like to share, please email me!  I’d love to highlight your story!

“Hi sweet readers! I’m Elizabeth and you might know me as The Young Retiree! I am a Navy wife living near Camp Pendleton in beautiful Southern California! I have quite the entertaining tale to tell about my darkest moments as a navy wife, which in hindsight ended up being quite the hilarious moment.” 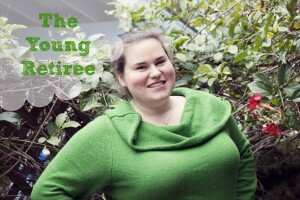 Deployments are a rollercoaster of emotion. In my three years of marriage, we have had three extended separations: a three month homeport change, a 6.5 month West Pac, and a 9 month IA deployment to Afghanistan. Each on of these deployments presented different hurdles.
The first one, we were just wed. I moved back in with my grandma for the two months or so before leaving to meet the ship upon arrival in California. Easy peasy- I kept my 40+ hours a week job, had all my friends, and had an awesome support system. It was a blessing.
We moved to beautiful Coronado, CA, as my husband was on an Aircraft Carrier on North Island. We had about 6 months of him home, then gone, home again, and gone again. There were fast cruises and work ups, and we moved once more from Coronado to Fallbrook, just outside of Camp Pendleton, where he would be going on new orders just after deployment. It was a whirlwind! He left Thanksgiving weekend. I held it together for the most part. I hung out with our two dogs, I kept my volunteer position at a spouse run gift shop on North Island, I drove down to hang out with wives from the ship. I was proud of myself for how smoothly I was handling being alone in a new house with no household goods (because the Navy hadn’t PCSed us with the move, but that’s a whole different story).
Then, my first real breakdown happened. From the front gate at North Island, you can see all three piers. The Vinson was out, The Reagan was out, and the third pier was vacant. I rolled down my window as I approached the gate. I grabbed my ID to show the guard. I looked over beyond the Commissary and there was a ship at the Vinson pier. I don’t remember how long the guys had been gone, but I remember it was within the first 6 weeks of deployment. Was something wrong? Had they come back after training instead of heading right out? What if something horrible was going on?
Before I was to the guard, tears were running down my cheek while “worst-case-scenario” thoughts ran through my head.
I immediately dialed Nan. I parked near the gift shop in such a spot where I could see the hull number. It was not 70. My fear turned into a very irrational rage. HOW DARE THEY? Who gave the Nimitz permission to drop anchor at the Vinson’s pier? What were they thinking? Didn’t they know in 6 months my husband would be coming home and hundreds of families would need that pier to meet their loved ones? Where did they get off being so rude?!
I’m not even kidding… these were the things I asked Nan as she laughed so hard I think I heard her tears streaming and could feel the pain in her sides from the uncontrollable laughter. A navy wife herself, who managed to raise five kids alone as my grandfather served with the river rats for three Vietnam deployments. She took a break to breath and asked “What do you want me to do, call Obama and have him order it be moved?” I {not at all jokingly} replied that that would be nice.
I know Nan doesn’t have the klout to have a carrier moved, but dang if that ship wasn’t at a different pier the next week when I made my way down to North Island. I was already able to laugh at myself for how I reacted to something so silly… but that’s the thing about deployments: Silly things are serious things and funny things can break your heart!

A Girl is a 20 something, self proclaimed semi-professional blogger who began blogging in 2008 as a means of coping with a deployment. She is married to a 11 year veteran of the USMC reserves, whom she meet shortly after he returned from a deployment. They have been married for five years, have three, very bratty dogs, and are currently trying to muddle through the aftermath of a difficult deployment for both.

If I had A Million Dollars