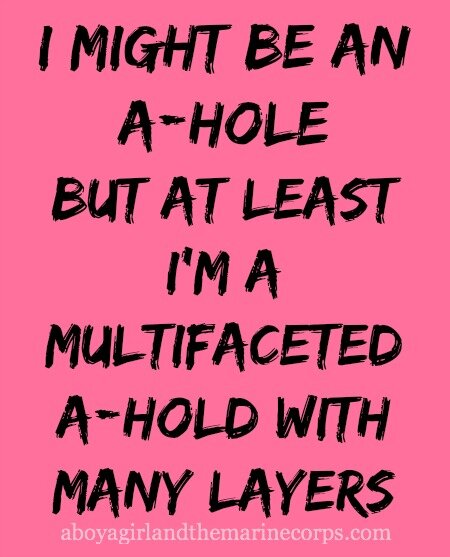 While I’m snarky and bratty, one thing I don’t do well is confrontation. Wanna say something rude on my blog? Delete! Gonna post jerk face things to my fan page? Deletey, Deletey! But I don’t generally do well in every day life. I’ll tell you I wasn’t offended when I was, I apologize when I don’t think I should have to, and generally try to keep the peace… Assuming we aren’t spectacular friends. My close friends get the benefit of both blunt honesty, but also an undying friendship and loyalty that will never waiver and will also result in my being there for you more than I feel the need to tell you I’m upset.

And really, that’s what we all want in life, right? We want that friend who will tell you like it is, but hold your hand gently while doing so. So where does my passive aggressiveness come in? Everyone else. And believe me, I take passive aggressive to an art form.

I casually forget to reply to emails. And those text messages that I found terrible rude, offensive or generally not something I want to reply to? I must not have gotten it because I just never replied. Weird, right?

Now I don’t make a habit of lying. So I’m not telling you I’m dishonest. I don’t say I’ve done things I haven’t, I won’t lie to your face. But might avoid topics that might cause me to have to choose between lying and telling you an uncomfortable truth.

I don’t keep many close friends and am not in the habit bearing my soul to those I don’t feel deserve to know me that well. I’m picky about who I keep close and my passive aggressive tendencies allow me to keep my barriers without hurting peoples feelings. I DO NOT make friend easily or quickly. Not because I can’t be charming or win people over, but because I’m skeptical of peoples motives and even more untrusting. I’ve had a rough past.

So, while I think passive aggressiveness kind of sucks, I also recognize it for what it is in my life: An asset.

Not to say that doesn’t make me a complete Ahole. It does. But I’m also stealthy about it so I generally am not being outlandishly passive aggressive and making people feel crappy. I’m doing it to do the opposite. Which is sort of like doing the wrong thing for the right reasons, but hey, we’ve established I’m an Ahole, I’m just a multifaceted Ahole with many layers.